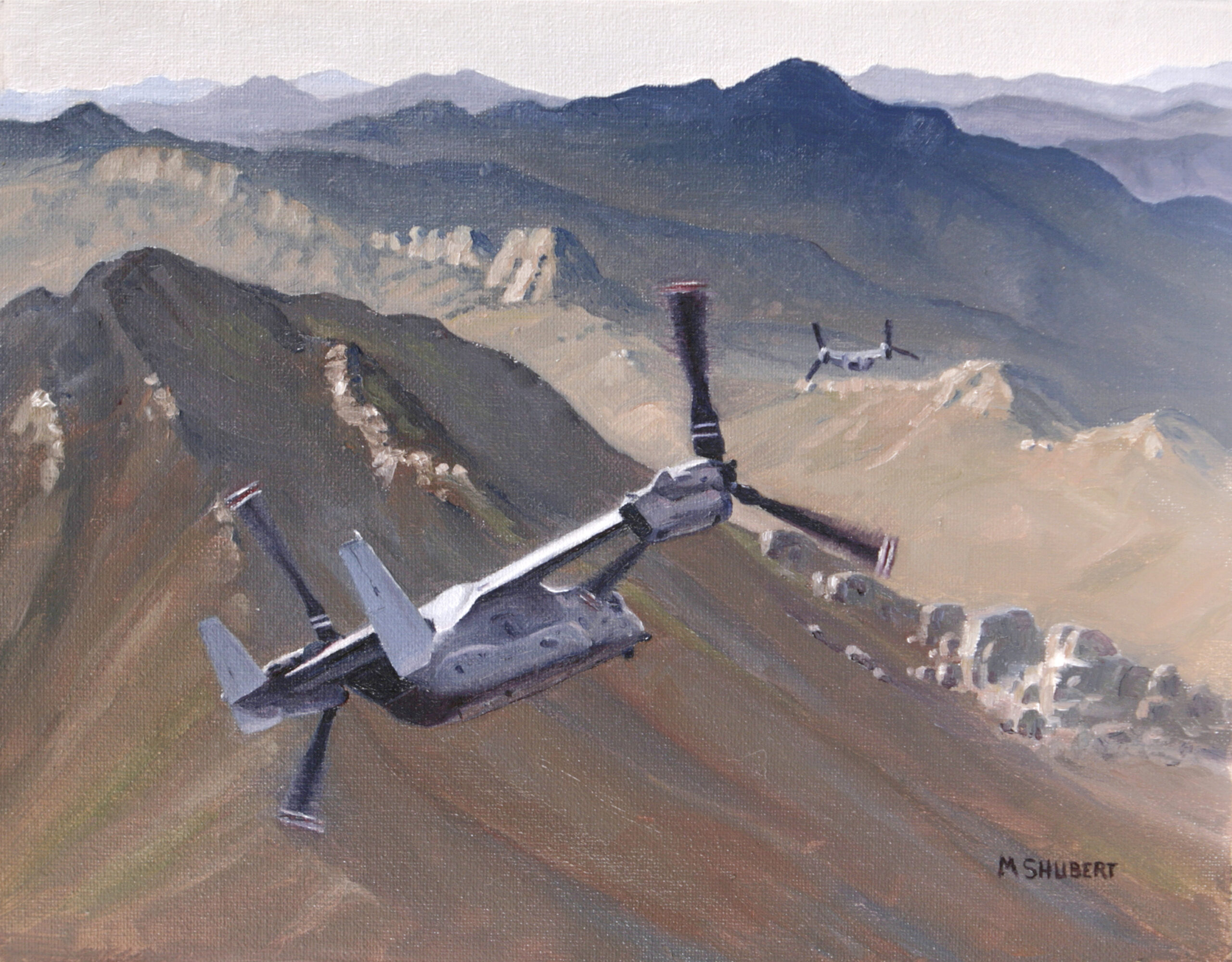 The title of this painting reflects the unique nature of the testing depicted here. This scene represents flight tests of the Air Force Special Operations CV-22 that were done with respect to the development of its Terrain Following (TF) capabilities. Here, two aircraft are simultaneously flying TF in the southern Sierra Nevada Mountains near Edwards Air Force Base. These test aircraft were in fact partially modified MV-22 aircraft that were used as part of the EMD testing phase of the CV-22; hence the lighter color scheme as compared to the current CV-22. For me this was some of the most interesting testing in that it combined performance, handling qualities, and systems testing through an integrated multi-disciplinary teaming effort.

One hundred limited edition fine art Giclee canvas’ have been produced from the artist’s original oil painting. The artist has approved the proofs and techniques in the production of this canvas. Each Canvas in the edition has been personally approved and signed by the artist and consecutively numbered.

This original painting is not available for sale.

Marty Shubert is a Tall Timbers, MD-based artist. His work is inspired by his passion for the Chesapeake Bay and the outdoors.

Meet Marty
Explore His Works
Get In Touch 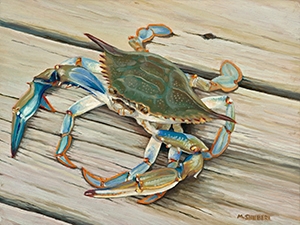