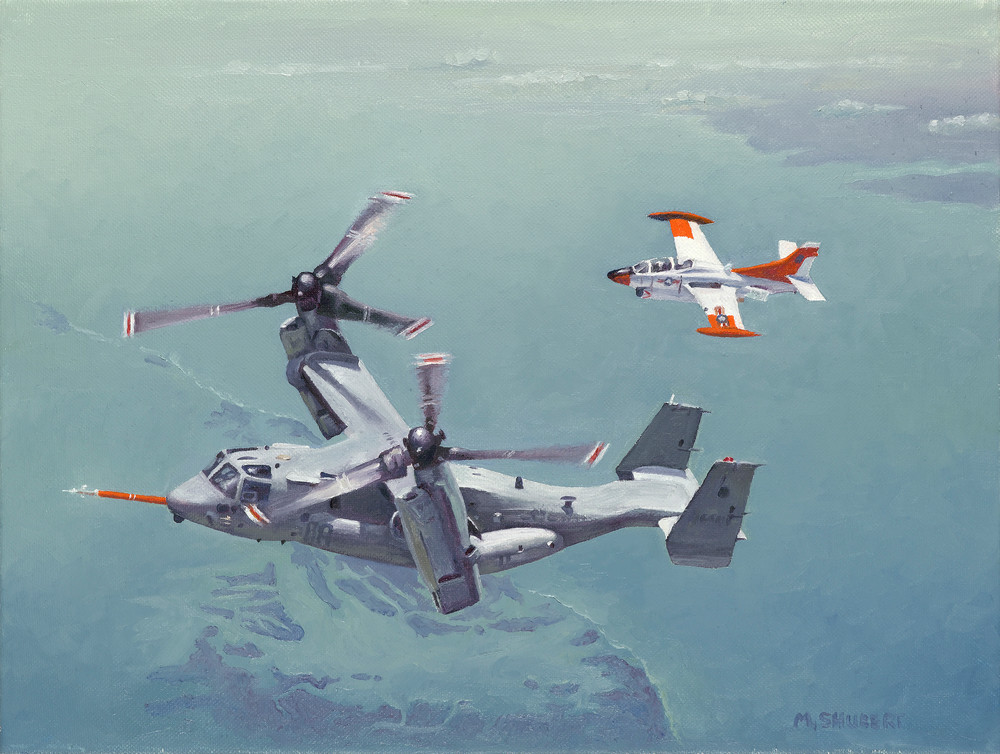 The title of this painting reflects the unique capability of this aircraft to convert from an airplane to a rotorcraft in less than 30 seconds. I learned on my first flight as a test pilot in the aircraft to give our chase aircraft fair warning that I was to convert. The deceleration effects of conversions are substantial, and if chase is not given an opportunity to “dirty up” with spoilers, flaps and landing gear, he will overshoot the test aircraft, or as well called it, get “spit out”. The test MV-22B depicted in the painting is aircraft 8, one of our original EMD test aircraft that was used extensively for loads, and structural demonstration tests. The T-2 buckeye was one of our favorite chase aircraft during EMD testing.

One hundred limited edition fine art Giclee canvas’ have been produced from the artist’s original oil painting. The artist has approved the proofs and techniques in the production of this canvas. Each Canvas in the edition has been personally approved and signed by the artist and consecutively numbered.

This original painting is not available for sale.